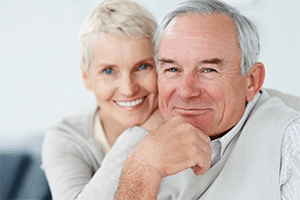 Hi there everyone, this is Dr. John. I was studying yesterday and I came across this excellent article from 2015. The lead author is Abraham Morgentaler, who I know is at Harvard and I think he is the chief of Urology there. I know there has been a wealth of negative press about Testosterone. Conventional Wisdom says that it causes Prostate Cancer among other things. The biggest scare currently making the rounds about Testosterone is that it increases the risk of heart disease and heart attacks. All this leads to men who should be on Testosterone Therapy being scared away and ultimately suffering from the correctly documented ravages of Low T.

The dirty little secret that conventional medicine does not want you to know is that there are decades of medical evidence that clearly indicates that Testosterone Therapy in men REDUCES the risk of heart disease and increases longevity. They also don’t want you to know that the two most widely quoted studies against Testosterone were exceptionally weak studies that had serious methodological problems. So bad are these articles that there has been a huge outcry for them to be withdrawn, with one in particular (the Vigan Study) being called for retraction by at least 29 international medical societies.

In the Vigan study, they reported increased rates of heart attacks, strokes, and deaths in men who received testosterone prescriptions compared with untreated men, using an unscrupulous statistical methodology that reversed the raw data which actually suggested that the percentage of adverse events in testosterone-treated men was lower, by half, compared with untreated men. As Mark Twain once said: “There are three kinds of lies: lies, damned lies, and statistics.”

So bad are these two studies, that one has to seriously consider what the true agenda of the contributors actually was. It is not too much of a stretch to surmise that these authors have some type of a personal bias against the use of Testosterone so as to preclude their objectivity.

The bottom line is this: There is a tremendous amount of medical literature that state Testosterone Therapy in men is safe and effective. Numerous studies have shown Testosterone to be PROTECTIVE against heart disease, diabetes, glucose metabolism, osteoporosis, certain cancers and a host of other diseases of aging. In fact, many of these studies say that the higher the level, the better the effect.

When you combine the health benefits with the improvements in sexual health and function, focus, concentration, vitality, enjoyment of life, reduction in all-cause mortality (men on T live longer), it becomes clear that virtually EVERY aging male should be on Testosterone Therapy. Yet currently less than 10% of eligible men are actually getting treated. This is a REAL shame.

Consider this: Low testosterone has been projected to be involved in the development of approximately 1.3 million new cases of cardiovascular disease, 1.1 million new cases of diabetes, and over 600,000 osteoporosis-related fractures. Over a 20-year period, T deficiency has been estimated to be directly responsible for approximately $190 to $525 billion in inflation-adjusted U.S. health care expenditures. In addition, other studies predict increased outpatient visits and costs related to low testosterone levels independent of socio-economic and lifestyle factors; even when controlling for age, men aged 20 – 79 years at baseline with low testosterone had 29% more outpatient visits and 38% higher outpatient costs after a 5-year follow up.

To me, it couldn’t be more clear. Men who get treated for Low T and restore and even boost their Testosterone levels. Live better and longer lives. Isn’t that reason enough to get treated?? I absolutely think so.