Are All Clinical Studies Created Equal? 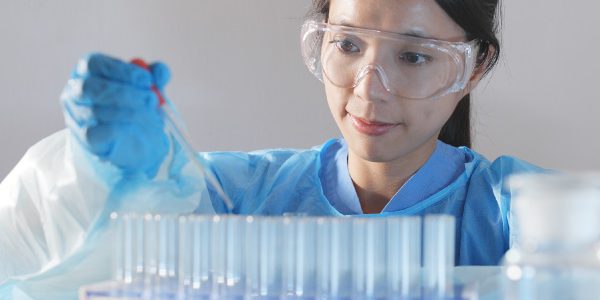 Let’s be honest: most of us are not regularly scrolling through the internet to read long papers depicting the process and results of clinical studies on a regular basis. The last time you might’ve read one could’ve been in a college psychology class on the final exam. Although the average person doesn’t think much of the importance of clinical studies, it’s helpful to at least understand how to read them especially when researching for one’s own health.

However, understanding a clinical study may not be enough to learn the truth from it. Unfortunately, it is common for medical studies to contain false information due to a plethora of reasons. But there are ways to identify if what you’re reading is the truth or a biased, misleading interpretation.

First, let’s talk about why a clinical study may be published with a false result. The problem usually starts in the scientific field itself. In super science-y terms: “The probability that a research claim is true may depend on study power and bias, the number of other studies on the same question, and, importantly, the ratio of true to no relationships among the relationships probed in each scientific field” John P. A. Ioannidis. This all just means that the results of scientific research can be construed due to biases, pressure from industries, and how researched the subject or field may be.

Being able to identify bias is a very important skill to have when reading clinical studies. As defined by Jerome Lambert, MD, bias is “any process at any stage of inference which tends to produce results or conclusions that differ systematically from the truth.” In clinical studies, you can look for bias in three steps of the trial: how the study enrolled participants, how the study is implemented among the participants, and how the findings are analyzed after the fact.

Along with the absence of a control group, make sure to look out for bias in the selection of participants. Usually participants in a study are supposed to represent the population of a certain group. So for the depression study, let’s say the sample participants should represent 40-50 year olds in Florida. Since it would be impossible to have every single 40-50 year old person from Florida participate in the study, researchers will select a random sample of people in that demographic that will accurately represent the population. Notice how random is always italicized? That’s because it is very important for the integrity of the study to leave the participants and which treatment each participant gets up to chance. If it is not, then the results may be biased.

There are many other types of biases when dealing with clinical studies that can lead to discrepancies in the results. But just being able to understand how a scientific research study works and what should not be done is the first big step in dictating what to believe and what to be skeptical about. Remember, when it comes to your health it is important to find the facts, not just what may be right in front of you.

Outrunning Stress: How Running Can Reduce Your Stress Levels
October 15, 2020

The Connection Between Your Heart and Your Hormones
November 15, 2018
Blog Categories
Recent Posts
Go to Top
Call Now Button