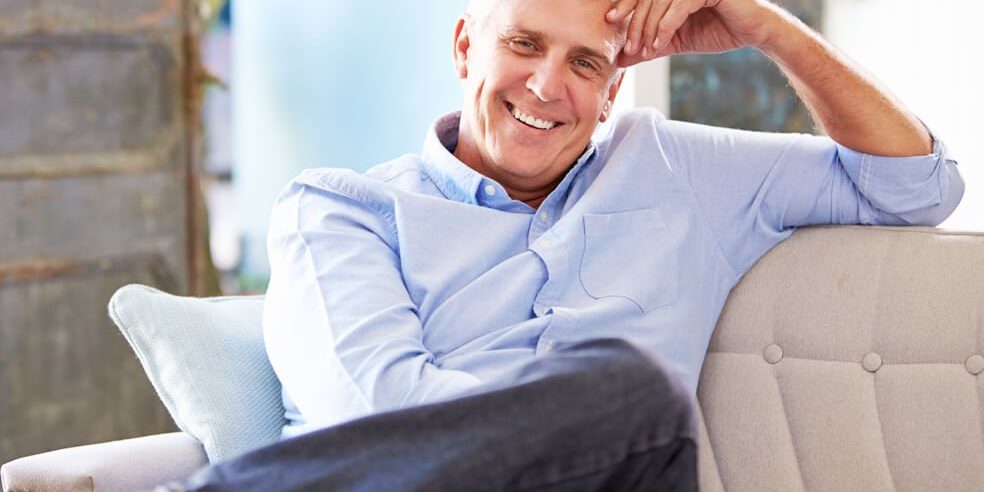 The “adverse effects” of testosterone have been hot topics in the press lately. Many of the claims are sensational and frightening, yet the reality is that they are mostly less than truthful. I wanted to briefly take a look at a topic that has enormous health implications for both men and women.

We all know that testosterone (T) is a natural substance produced by our bodies. So why has this hormone been the subject of such negative press and become so controversial? If levels of T in a normal range of 800 to 1,100 are as dangerous as the popular press and the lawyers on TV would make them out to be, then why are men in their 20s and 30s, who routinely have T levels in this range, not the ones suffering its ill effects? Intuitively, we know that it makes no sense to think that men with low T would suffer adverse outcomes just because they choose to restore to “normal younger levels” a hormone that has decreased over time due to aging and environmental factors.

The reality is quite the opposite. The true weight of scientific medical evidence clearly shows restoring T in men to optimal levels, properly administered and followed by a trained clinician lowers the risk of heart disease, osteoporosis, diabetes, Alzheimer’s disease, certain cancers and all-cause mortality. The problems may arise when untrained, unskilled and uninformed medical providers treat men with low T and then neglect to properly monitor them. As I learned in medical school, the difference between a drug and a toxin can sometimes simply be in the dosing. After all, even water in large doses can be fatal. In men, the administration of too much T can lead to the T being converted to estrogen, which in high enough levels in men may cause some of the problems noted in recent studies and taken advantage of by medically ignorant lawyers. Successful T replacement programs monitor the overall dose of T given, the levels of T in the blood, the amount of T converted to estrogen as well as a number of other metabolic parameters. T therapy, when done correctly, results in very positive health effects for the treated men.

One study, recently mentioned by many in the media and among lawyers, claims to show that T can cause “increased risk of adverse outcomes.” The study was published in 2013 in the Journal of the American Medical Association (JAMA), a respected medical journal. This study made the claim that men treated with T had more “adverse outcomes” (meaning cardiac events, stroke and death) than those in the untreated group. However, simply doing the math with the study’s own numbers shows something quite the opposite. In the No-T group, 1,587 of 7,486 (21%) had adverse effects, while in the T-treated group, only 123 of 1,223 (10%) had “adverse effects.” In my book, 10% is less than 21%, so by simply doing the math with their own numbers, it seems that there is LESS a risk of “adverse effects” in the T treated group.  Only through some “fuzzy math” and statistical manipulation can the author of the study make the claim that the treated group has more problems. As Mark Twain once said, “There are three kinds of lies: lies, damned lies and statistics.” In addition to the questionable math, the men included in this study had known heart disease before they started, were substantially older and had many other illnesses than most men who start T therapy; there is no wonder why they had a relatively high number of “adverse effects.” And finally, when we understand that 17% of the study participants filled only one prescription of T and that the average prescription length was only 43 days in the entire group, it becomes clear that this study is totally inadequate from which to draw any long-term conclusions.

Indeed, a subsequent article released by The Androgen Study Group noted that 25 international medical societies have called for JAMA to retract the article, claiming that the article contained “false information,” and “gross mismanagement of data,” and the group reached the conclusion that the JAMA article was “no longer credible.” Since that request for retraction by the Androgen Study Group, there have been a number of other editorials and articles also pointing out the flaws in the JAMA study. So as I said earlier, the “true weight of scientific medical evidence clearly shows that T replacement to optimal levels,” when administered by a knowledgeable provider and properly monitored is not only safe, but it is effective in controlling and reducing disease.

No man needs to endure the low quality of life or be subjected to the potentially devastating health effects of low T. Testosterone therapy is safe and effective when done properly, and all men suffering from this treatable condition should not deny themselves of its benefits.

When it comes to hormone therapy, I have taken hundreds of hours of graduate-level courses, passed rigorous written and oral board examinations given by the American Board of Anti-Aging and Regenerative Medicine, become a fellow in the American Academy of Anti-Aging Medicine, and I have completed all of the coursework in the University of South Florida master’s program in Nutritional and Metabolic Medicine. I have the experience and training necessary to provide the safest and most effective hormone therapy available.